World leaders and the World’s media are convinced human activity is producing rising CO2 levels in the atmosphere, which will lead to global warming and the melting of the polar ice caps. The following shows there is a lack of data to support this theory.

What is clearly attributable to human activity, is global habitat and species destruction. There is ample evidence of both, in order to produce the resources that feed our daily wants.

The theory that humans are causing global warming, argues that we need to abandon our industrial lifestyle, something that seems impossible to achieve.

With habitat and species destruction comes the need for the restoration of those habitats. The following arguments suggest eco-system restoration is both possible, and urgently necessary. 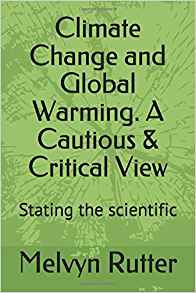